The first week of October is known as The National Day Golden Week in China. It’s a 7-day national holiday really, but it’s called The National Day. Why it is not called The National Week, I don’t know.  I’ve stopped trying to make sense of things. It hurts my head. It’s one of 2 weeks in the year that are considered national holidays, the other is Chinese Lunar New Year Golden Week which begins in January or February. It’s January or February due to the Chinese calendar – I think. We’ll figure that out later.

The National Day holiday, implemented by the government for the People’s Republic of China began in 1999, so no long history or great storytelling. Unless you consider the primary reasons for The National Day holiday. It was put in play to help expand tourism within China and improve the national standard of living – oh, and as if only a side note, the 7 day holiday allows people to travel home to visit their families.

Last year the government reported that 86 million people travelled by road, 7.6 million traveled by air, 60.9 million travelled by railway. The Forbidden City located in Beijing set a new record of 182 thousand visitors in one day. Not to be too insulting, but Disneyland closes the gate at 75 thousand. Moving people and crowd management seem to be a strength of the Chinese.

For the retail industry, this is a huge week for discounts and sales. Everybody has sales. Everything is on sale and everyone is shopping. It’s China’s version of the U.S. Black Friday and Thanksgiving weekend.

The first week of October is also my birthday week, so this whole week off from work and celebrations sits well with Lu Si. I’m new here but next year, I hope to be the head of the dragon in The National Day parade.

A gift from Kenny

Last night Kenny picked us up to take us out to celebrate. On the way, he handed me a beautifully wrapped gift. One of his friends, cross stitched a piece of art with the saying “Peace is a blessing” done in Chinese characters.   I ❤ Kenny.

Greg took me to dinner at Mr. & Mrs. Bund on The Bund. A delicious dinner followed by a night-cap on the balcony to witness The National Holiday Golden Week and a night time view of The Bund.

I hope you enjoy the photos and please make note of the crowd of tourists enjoying the views and the boats along the Huangpu River with a million of their closest friends. 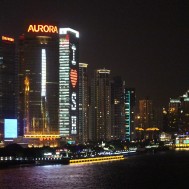 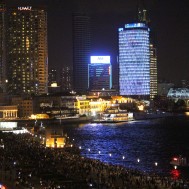 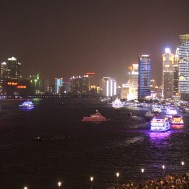 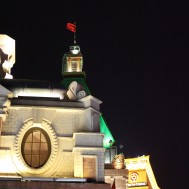 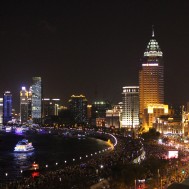 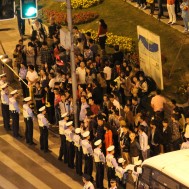 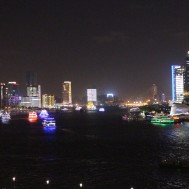 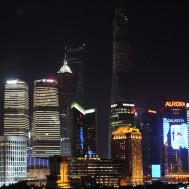 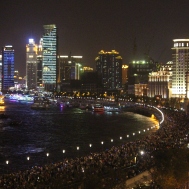 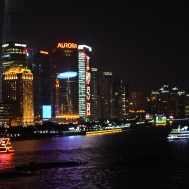